At The Cruise Village, we can assure you that we’re as eager as you are to get back to smooth sailing, safe waters and cleaner-than-ever cruising!

We all know cruise ships follow the strictest protocols for cleaning onboard, and the cruise lines hold themselves to far higher standards than land-based holiday facilities do. So it was with great disappointment that the media focused so singularly on cruise ship “outbreaks” rather than any positive news or how these “outbreaks” were dealt with.

In a message from CLIA’s President and CEO, Kelly Craighead, gave us the facts from the ships that have been testing the waters:

In Europe, the safe and gradual return to ocean-cruising with limited itinerary sailings and reduced capacity on board is being accomplished with support from governments, including guidance from EU Healthy Gateways and the European Maritime Safety Agency’s (EMSA) and the European Centre for Disease Prevention and Control (ECDC) in its COVID-19: EU Guidance for Cruise Ship Operations.
CLIA members TUI Cruises and Hapag Lloyd concluded their inaugural no-call voyages from Hamburg with positive passenger feedback and media coverage, and without an incident.

On one of the initial sailings by SeaDream, an asymptomatic passenger tested positive after a routine check upon return home in Denmark on August 2. Demonstrating the protocols in place to respond quickly in the event of suspected or potential cases, SeaDream acted immediately by notifying health authorities, contacting all guests and crew, and quarantining and testing all passengers and crew on the subsequent sailing of SeaDream I. All test results were negative.

PONANT Yacht Cruises and Expeditions resumed operations in July with eight ships setting sail from Iceland, Dalmatian Coast, the Arctic, France, and, with Ponant’s Paul Gaugin Cruises, in French Polynesia. The sailings have been without incident, with the exception of the French Polynesia sailing where an asymptomatic passenger tested positive during the itinerary while in Tahiti. Following protocols, the passenger was immediately confined in a special cabin before disembarking to be quarantined offshore. All passengers and crew were immediately tested and remained in their cabins until the test results were returned. All results came back negative, and guests disembarked to begin a seven-day quarantine before additional tests according to protocols.

However, the major news from Europe is that a non-CLIA member Hurtigruten (MS Roald Amundsen) suffered an outbreak of the coronavirus amongst crew, and subsequently passengers, as well. An investigation is underway. The adverse press coverage is being noted by governments in Europe and North America and is unfortunate. This incident underscores the importance of having solid protocols in place for passengers and crew before, during and following sailings, including PCR tests (polymerase chain reaction tests), which are considered highly accurate tests that work by extracting and amplifying genetic material from the novel coronavirus.

Several lines including AIDA, MSC, Marella and Costa have announced limited resumption plans in Europe over the next several weeks following approval by German, Italian and Greek authorities.

In the U.S., CLIA and its cruise line members felt it prudent to voluntarily agree to extend the suspension of U.S. operations until October 31, 2020. A possible further extension will be considered on or before 30 September 2020. At the same time, should conditions in the U.S. change and it becomes possible to consider short, modified, an earlier restart will be considered. This would only be with approval of CDC and other policymakers. CLIA and its ocean-going cruise line members continue to pursue productive and strategic dialogue with the CDC regarding protocols that could support resumption of operations. We believe collaboration on shared public health objectives is the best way to achieve the results we both desire. All of CLIA’s major ocean-going cruise lines are working with outside experts to develop restart plans and informed by that work, CLIA intends to further develop a COVID-19 mitigation policy that, upon agreement by members, will be a mandatory condition of membership. We recognize and remain concerned about the impact of the cruise suspension on the broader cruise community, including ports, travel agents, suppliers, and other small- and medium-sized businesses across the nation who rely on a viable cruise industry for their livelihoods and are working diligently to support legislative relief efforts for these businesses.
In Australia, we continue to engage with the Chamber of Commerce and the Industry and Tourism Restart Taskforce to support cruise resumption planning.

In Brazil, we are working with authorities for an effort to be in a place for limited resumption in that market. Analysis should be concluded in the next 30/45 days.

CLIA are working very closely with global governments, the CDC and other health authorities, to ensure that cruise will sail again – stronger and better than ever – when the time is right. 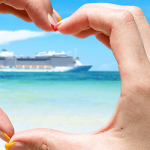