There’s not many other places in the world that offer such a diverse and rich fusion of culture than the world’s largest continent. A place where traditional customs are weaved into futuristic skylines. Packed with remarkable landscapes and magnificent landmarks, a luxury Far East & Asia cruise is one to tick off your bucket list.

Saunter around the tranquil surroundings of the Summer Palace in Beijing or walk along a section of the Great Wall of China. At the heart of Beijing, surrounded by 3.5km of castle walls, is the Forbidden City. This ethereal palace was the home to two dynasties of imperial rule and is China’s largest, best-preserved collection of ancient buildings. Delve into traditional east Asian architecture, in the Yu Garden located in Shanghai. These charming botanical gardens are situated in the middle of the contrasting city which also houses the contemporary Oriental Pearl Tower.

Arrange an escorted tour inland to the city of Xi’an, home to the Terracotta Army. The vista of more than 8,000 life-sized soldiers is a must-see! Discovered in 1974 by three farmers, this site is considered the most significant archaeological excavations of the 20th century. The terracotta statues were commissioned by the 1st Emperor of the Qin Dynasty and were built with a purpose of protecting his tomb so he was able to rule another empire in the afterlife.

Hong Kong is a melting pot of culture, where the glittering harbour is the backdrop to overwhelming skyscrapers and the nightlife of the Lan Kwai Fong district juxtaposes the family fun of Disneyland. After wandering the streets of the ultramodern city, climb up Victoria’s Peak for a 360° panoramic view of the visionary skyline. You can’t miss the Tian Tan Buddha. A 34ft tall, bronze statue of a seated Buddha can be seen from across Lantau. Located in the Po Lin Monastery complex, this Buddha was originally built as a source of inspiration and contemplation whilst symbolising the harmonious relationship between humans and nature. Try traditional, gourmet dim sum at Yum Cha or visit the three Michelin-starred restaurant, Jade Dragon. Head chef Kelvin Au Yeng’s specialty dishes include pan-fried sea cucumber dumplings and poached wanton in lobster bisque.

A luxury Far East & Asia cruise will take you to Seoul, one of Asia’s coolest cities. This fashionable South Korean city is a blend of tradition and globalisation. Watch the city transform from day to night with a sunset visit to the top of the N Seoul Tower. The neighbourhood of Insadong is crammed with shops, teahouses and market stalls to explore or tour the Bukchon Hanok village for an insight into traditional, elaborate South Korean culture. In the centre of this dynamic city is the tranquility of Bongeunsa. The quiet, ancient temple in the bustling heart of Seoul is the biggest Maitreya in South Korea. Similarly, the Gyeonbukgang Palace is essential to learn the history of Seoul. This is the largest of the grand palaces and has been intricately designed among the picturesque gardens.

Take a trip to Taiwan

The Far Eastern gem of Taiwan holds fascinating culture, endless food markets and sandy beaches. For an impressive view of the city, ascend what once was the tallest building in the world, the Tapei 101. Climb Elephant Mountain at sunset to see the metropolis in a golden glow. The old gold mining village of Jiufen is the most crowded spot in all of Taiwan and for good reason. These narrow winding streets show Taiwanese traditions from local street food to the famous Lantern tea house. This richly decorated, multi-storey tea house lets you admire a panoramic view of Keelung Mountain and the northern shores. Watch in a cloud of incense as people pray to the god of marriage at the Lungshan Temple or visit the fine coastline of Chimei Island and see the famous Double Heart Stacked Stones fishing weir. 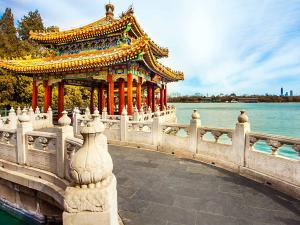 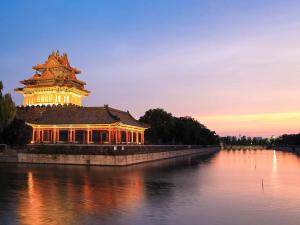 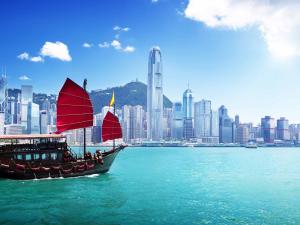 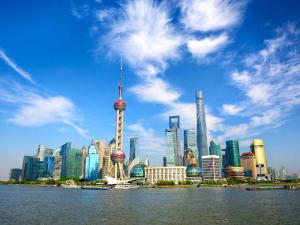 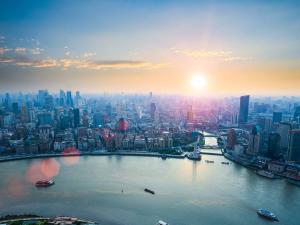 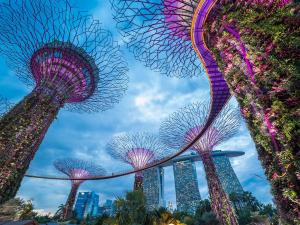 There is never a bad time to visit Asia with the variety of things to do there and large range of climates. When booking a luxury cruise around the Far East & Asia, the thing to keep in mind in monsoon season which varies from country to country. Visiting at the beginning of the year will ensure you see the Chinese New Year through and see the spectacle of the Lantern Festival. Autumn is arguably the best time as the weather becomes less humid and the Chinese Mid-Autumn Festival is definitely one to catch.

Our luxury travel experts at the Cruise Village are here for any help you may require researching or booking Luxury Far East & Asia Cruises. We’d love to hear from you. You can speak to us from 9am – 9pm, 7 days a week on 0800 810 8481. Or find your preferred sailing below and send us an enquiry online! We look forward to helping you plan the perfect Luxury Far East & Asia Cruise!